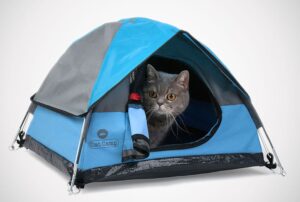 Still working on that big tent

by James A. Bacon

American Jews belonging to the Reform and Conservative movements within Judaism back Democrats in overwhelming numbers. Ultra-Orthodox Jews skew strongly Republican. But there is a swing vote within U.S. Judaism: Modern Orthodox Jews. While a slim majority identify as Democrat, liberal or progressive, 37% describe themselves as Republican, conservative, or libertarian, according to Jacob Magid with The Times of Israel.

America’s 300,000 Modern Orthodox Jews comprise a swing vote. “You can’t assume a shul is completely Democrat or completely Republican,” Magid quotes  Maharat Ruth Balinksy of the Ohev Shalom Modern Orthodox synagogue in Washington as saying. “It speaks to the general identity of Modern Orthodoxy, whose members find themselves in both the religious and secular worlds.”

It is incomprehensible to me that the Republican Party leaders setting up the rules for the May 8 nominating convention spurned a pleas by four rabbis to let Orthodox Jews, Seventh Day Adventists and others who observe the Saturday Sabbath vote absentee.

The Jewish Sabbath extends from every Friday at sunset until nightfall Saturday. Orthodox Jews “do not drive, use electronic devices, employ handwriting instruments (e.g. pens, pencils), among other prohibited activities,” the rabbis wrote. “As such, it would be impossible for Jews of faith to vote in your unassembled convention.”

Seventh Day Adventists are an even larger group than Orthodox Jews, roughly 6 million in number in the U.S. Ethnically, they are incredibly diverse: 37% white, 32% black, 15% Hispanic, 8% Asian, and 8% mixed race or other. Like Orthodox Jews, their votes tend to be up for grabs. Adventists also split fairly even between Democrat/Republican and liberal/conservative. They, too, limit their activity during the Sabbath, although they aren’t as strict as Orthodox Jews.

After emotional debate, reports The Washington Post, a majority of State Central Committee members voted to allow absentee voting for religious reasons, but the measure failed to win the 75% supermajority needed to change the party rules.

Writing in The Bull Elephant, John Massoud, chairman of the Virginia 6th District Republican Committee, insists that the failure to change the voting rules did not stem from prejudice. The problem was the timing of the rabbis’ letter.

This amendment was introduced less than 3 weeks before the State Convention – meaning there had not been a full vetting of what could go wrong or not go wrong.  And if you are going to have a religious exemption, how is the Credentials Committee (the Committee that determines which delegates are legal convention voters and which aren’t) to determine who goes to what church?  This has the potential for serious error – which is why we needed to have a group study this issue – figure out what is the best way to handle this issue so that we respect religious rights but at the same time can ensure that there is no trickery and that the convention goes off according to the rules.

The Post quotes Thomas Turner, chairman of Virginia’s Young Republicans as saying during the debate: “My God, this is why people say we are not inclusive! I’ve been fighting for inclusivity for the last decade in this party. . . . This is shameful. Let my brothers and sisters in the Jewish community vote. We talk about voter integrity and we’re trying to suppress the vote.”

Former Republican congressman Denver Riggleman was even harsher, tweeting: “Low IQ insanity from those in Virginia GOP ruling against allowing Jewish voting exemptions for a convoluted convention that disenfranchises hundreds of thousands. VA GOP is diseased.”

It doesn’t take much imagination to predict that Democrats in their fund-raising appeals will use this decision to portray Republicans as the party of bigoted white Christians. From a purely procedural point of view, Massoud may have a valid point. But he knows how the game is played. He knows how the decision will be depicted. Big mistake.

Four teens charged in connection with deadly shooting in Chesapeake