Even with the stomach cramps, nausea and hurried trips to the bathroom several times a day, Gary Cuppels never suspected his tap water. He kept drinking it, brushing his teeth with it and bathing in it.

Not until he returned home one night and found a large pallet of water bottles on his porch did Cuppels start to worry. A note from his “friends at Mountaire,” the chicken processing plant up the road in rural Delaware, said he should drink the bottled water instead of the groundwater his deep well pulled from the northern Chesapeake aquifer. That was in 2017. Investigators would later find that abnormally high level of nitrogen produced by the plant had long made the drinking supply dangerous, possibly even deadly.

Last week, Mountaire agreed to pay $64 million to settle a state lawsuit filed by Cuppels and hundreds of other residents who rely on the aquifer for water. The nation’s sixth-largest poultry company, which is based in Arkansas, also entered into a federal consent decree that requires it to upgrade its facilities at a cost of $120 million and pay another $20 million for maintenance of the improved operations.

According to the Delaware Superior Court lawsuit, the company “sprayed billions of gallons of highly contaminated wastewater and liquefied sludge onto fields,” which then percolated into the groundwater for nearly two decades.

While Mountaire was violating its permits, the suit contends, the state Department of Natural Resources and Environmental Control repeatedly failed to adequately sanction the company. A consent decree the state originally sought with Mountaire amounted to less than half of what was announced last week and “was basically a Band-Aid on a gunshot wound,” attorney Chase Brockstedt said.

A recent study of 249 residents found unusually high rates of cancer, gastrointestinal disease, Crohn’s disease, diarrhea, wheezing, shortness of breath and other ailments. James Dahlgren, the toxicology specialist who conducted the health survey for the plaintiffs, said Millsboro reminded him of Hinkley, Calif., the Mojave Desert town made infamous in the movie “Erin Brockovich.” Well-water contamination there resulted in a $333 million court settlement with Pacific Gas & Electric Co.

“We found the same thing in this population, a significant increase in diarrhea, including inflammatory bowel disease,” Dahlgren, who studied Hinkley residents for that 1996 case, said in an interview. “That is not an unexpected outcome for something that affects the immune system.”

Cuppels, 74, and his wife, Anne-Marie, 73, suspect that the contaminated water is linked to recent removal of their gallbladders. Larry Miller, 70, fears that the water is linked to the deaths of his mother in 2007 and his wife in 2013, who both died of kidney cancer. And Joyce Logan, 77, wonders if the water is connected to the her husband’s death from cancer in 2015, and her nephew’s death in 2019 after severe stomach ailments.

“It hit hard, really, really hard,” said Logan, whose German shepherd, Foxy, also suffered from stomach problems and had to be put down a few months before her husband died. “It was just devastating.”

Brockstedt and co-counsel Philip Federico said recently that it likely will take a year for a court-appointed official to determine how the settlement should be split among the class of 7,200 eligible plaintiffs. Federico said some will be rewarded with far more money than others, and a large number will get filtration systems to clean their well water.

In a statement, Mountaire Corp. said it does not believe it “caused any damage to any of the plaintiffs” but chose to settle so it could start constructing a new wastewater treatment plant that will allow it to continue operations in Millsboro.

“The settlement resolves all outstanding class action claims for injuries, damages, or nuisance,” company president Phillip Plylar said. “We’re ready to put this chapter behind us and forge a new relationship with our neighbors moving forward.”

The issues raised by the Mountaire case are similar to those in many cases focused on environmental justice. But the vast majority typically affect Black, Hispanic and American Indian communities. Millsboro, by contrast, is nearly 70% white. The poultry processing plant is the main employer in town, where per-capita income is $10,000 below the national average.

Mountaire Farms, a subsidiary of Mountaire Corp., promised more jobs when it took over the plant from Townsend Inc., in 2000. It immediately set out to double the number of chickens processed there, according to the lawsuit. But as it increased production, it failed to adequately upgrade the system that treats wastewater contaminated with nitrogen, phosphorus and other chemicals. Daily, the company drenched spraying fields around the plant with 2 million gallons of largely untreated wastewater. It maintained nine million-gallon lagoons that leaked into Swann Creek, which flowed into the Indian River.

Nitrogen also trickled into the groundwater. The nitrate level reached 5 parts per 1 million, far exceeding safety limits and raising the risk of severe health problems, including cancers of the bladder, stomach and brain tumors, the lawsuit alleged. Dahlgren’s report noted that other ailments can develop, including birth defects and “blue baby syndrome,” a condition that is fatal to newborns.

A 2018 state investigation led to a $600,000 penalty that required Mountaire to upgrade its wastewater treatment facility and take steps to lower the level of nitrates sprayed, among other things. The state environmental agency allowed Mountaire to reduce the payment by $180,000 for actions it took to improve the environment, spokeswoman Nikki Lavoie said.

Federico criticized the lack of government enforcement and called the penalty “a slap on the wrist” for a company with revenue of more than $2 billion per year. He and Brockstedt had brought in a specialist in plant operations to testify in the case.

“In all that I have done,” said Kenneth Norcross, who helps bring troubled factories into compliance, “I’ve never seen anything as unprofessional and as far off the mark as this one was.” During his video presentation, he described the plant’s yearslong problems as “disturbing and really unusual. There’s been more violations and more gross incompetence … than any other system I’ve seen.”

Norcross highlighted failures also flagged by the state. For months, he noted, Mountaire did not report data showing the amount of nitrogen its Millsboro plant produced, failed to produce lab tests showing the facility was being monitored and failed to report groundwater monitoring results. Despite these issues, it sought to expand operations and process more poultry for market.

At her home, which borders Mountaire’s property, Logan was sometimes forced to stay indoors for weeks to avoid the rotten-egg smell of sulfur in the air outside. “It’s like in the fields and stuff. It’s a manure smell,” she said. “Sometimes you can smell it when you come home from church, and it’s in your house.”

Logan was suspicious of her water shortly after moving from New Jersey in 2005. “It had a yellowish color, and it didn’t look clear,” she said. A retiree who’d worked for American Water, she asked her former employer for bottled water to take home.

Cuppels, a retired engineer, called the state after that first pallet of water showed up at his house along the Indian River. He remembers it was a Friday night. “It scared the bejeezus out of us,” Cuppels said. “That’s pretty frightening, and you had to live with it over the weekend and wait until Monday.”

When Cuppels learned about the company’s wastewater violations, he called Federico and Brockstedt, who filed the class action the next year. As the litigation proceeded, and Mountaire sought to have the case dismissed, Anne-Marie Cuppels developed severe diarrhea and colitis from a C. diff infection. “She was a very, very sick woman,” her husband said.

By that time, Miller had already lost his wife, Barbara. “We were bathing, cooking, drinking with the water” before her cancer developed, Miller said. He didn’t discover that the water was dangerous until the lawyers held town-hall meetings in late 2018.

Miller said he will never again trust the water, the state or Mountaire. “I wish we had known then,” he said. “We would have quit drinking the water or complained about what they were doing.” 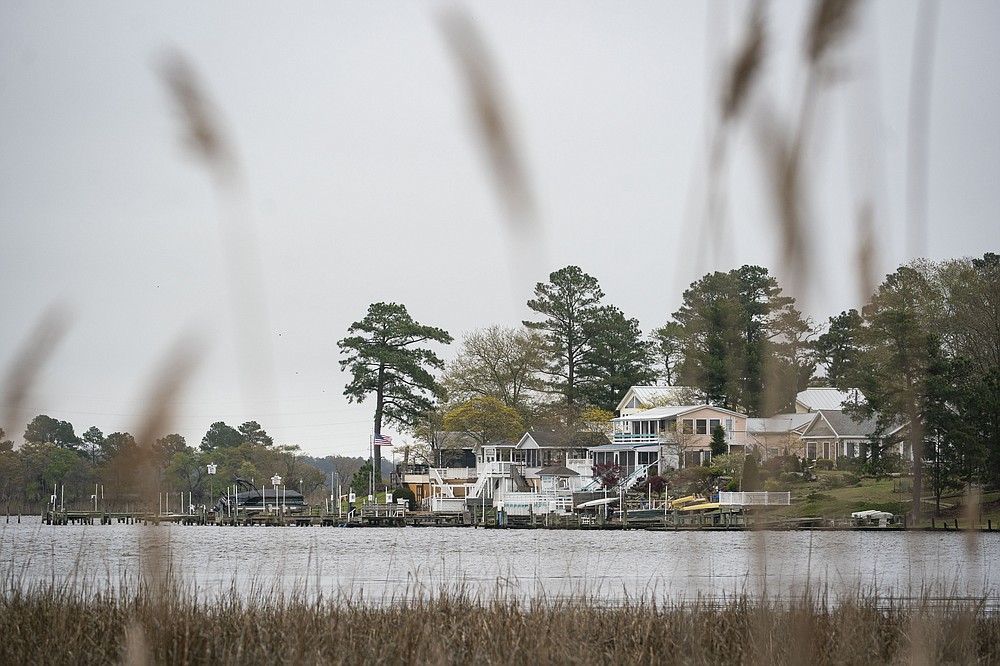 Houses sit along the bank of the Indian River, across the waterway from the Mountaire Farms plant in Delaware. MUST CREDIT: Photo for The Washington Post by Al Drago 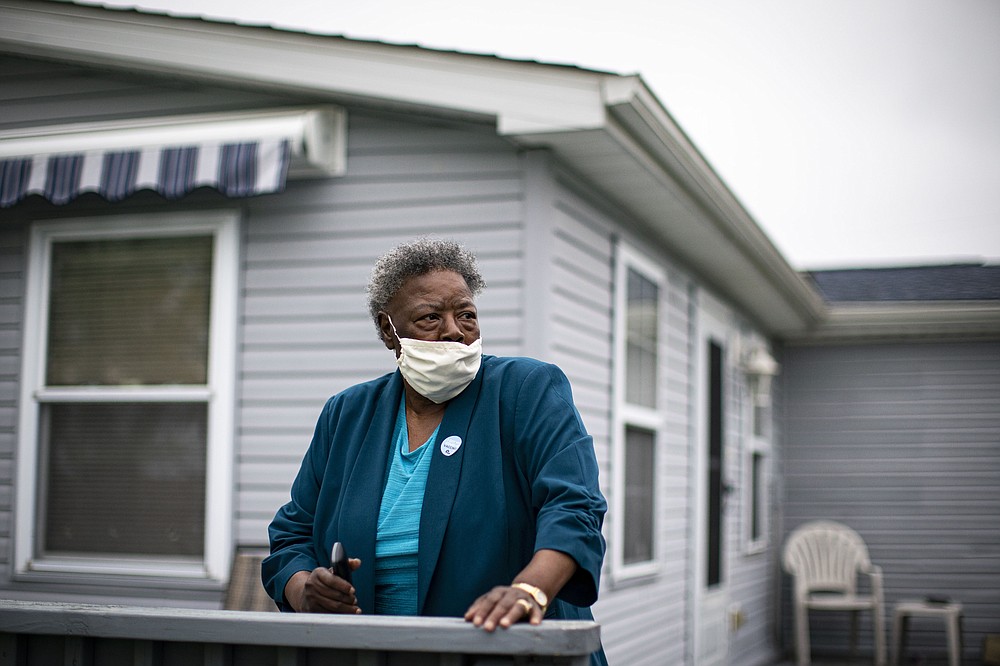 Joyce Logan lives in a house that backs up to the fields around the Mountaire Farms plant, which contaminated residents’ groundwater for years. MUST CREDIT: Photo for The Washington Post by Al Drago