ANANTAPUR: All one has to do is just make a phone call to Venjeti Venkataramana Reddy, the founder-trustee of Sanjeevani Charitable Trust, when they are in need of blood or medicines or to perform the last rites of abandoned bodies.

Venkataramana has been rendering selfless services for the last 15 years and this has made people affectionately call him Sanjeevani and sometimes as blood donor Ramana in Anantapur district. He strongly believes that helping people in need is a true form of service and has been continuing it since his school days.

In the words of Chakali Anji and his mother Ramakka from Chennekota in Kanaganapalle mandal, Venkataramana is a true Sanjeevani (life-saver). “If not for him, it would have been very hard for me to survive,” says Anji recalling how his relatives abandoned him. Eighteen years ago, when he was studying class 9, Anji fell from a tree while playing and suffered spinal injury. “My mother, who works as a farmhand supported me all these years, but it was getting difficult both financially and physically, as my mother was getting old,” Anji said.

Five years ago, learning about the plight of Anji, Venkataramana came forward to lend a helping hand. Apart from providing medicines every month, which costs around Rs 3,000, he also provided the family with Rs 1,000 per month for basic needs. He also takes Anji to Bellary for physiotherapy, bearing all costs. 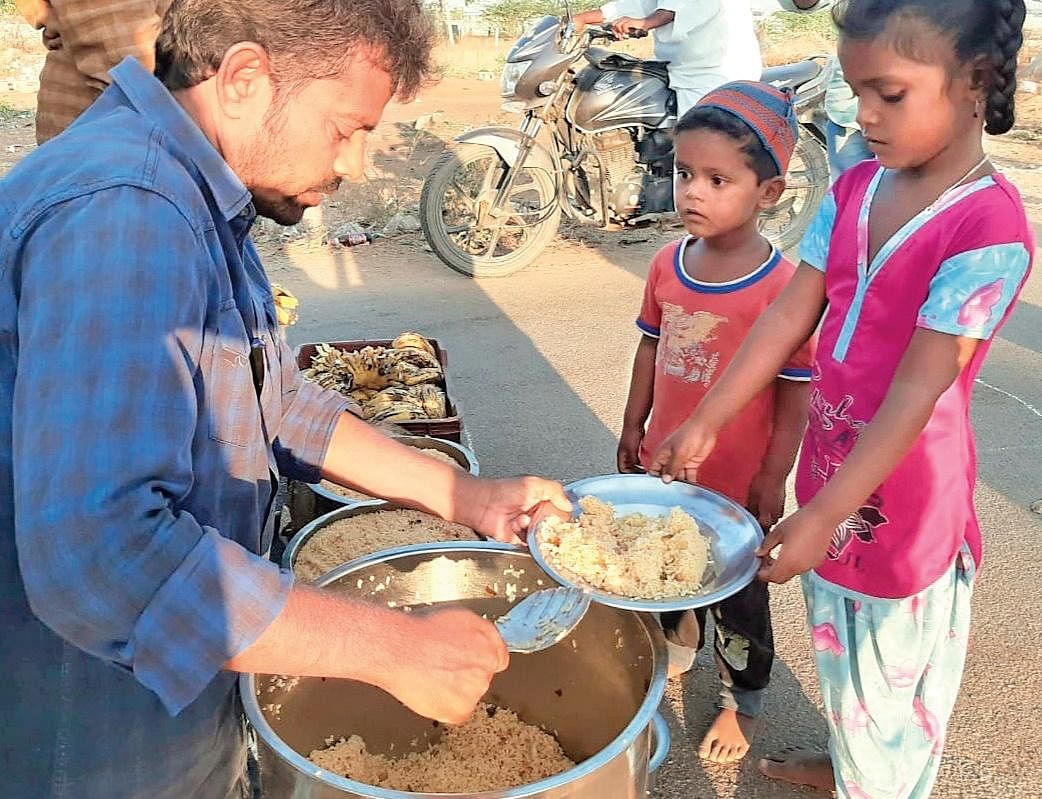 Barber Kullayappa is another person, who receives help from Sanjeevani and says if not for Sanjeevani, his wife Kullayamma would not have survived. A resident of Maruthi Nagar in Anantapur, Kullayappa owns a saloon. His wife Kullayamma was suffering from heart ailment. Over a period of time, he found it hard to even to afford medicines for his wife, which costs around Rs 3,000 per month. Under such circumstances, Venkataramana extended a helping hand to the couple. He provides medicines every month and some money for their daily needs.

When Vannur Saheb in Rajeev Colony in Anantapur, who suffered serious injuries on his head while working as an electrician, called Venkataramana for help, the latter readily extended a helping hand. “There are no words to express my gratitude,” said Vannur Saheb.

Since his childhood, Venkataramana was very sensitive. At school, he had Muslim friends, who used to share everything and help each other. This had a strong influence on him. In the year 2000, he got acquainted with Hanumanth Reddy, a municipal employee, who has a habit of donating blood to the needy. This also made an impact on him.

In 2005, when a lecturer in Sathya Sai college had a medical emergency and in need of blood, Venkataramana came forward and donated his blood for the first time. Till date, he donated blood to 5,000 people. Constable Adinarayana, barber Ramanjaneyulu, an engineering graduate Jagadeeswar Reddy extended support to him. He collected old clothes and provided them to orphans.

Satiating the hunger of the poor and needy
If there is any leftover food in a function, Venkataramana gets a call and he takes it to the old age homes and government hospitals to feed the needy. Six months ago for the first time, he performed the last rites of an abandoned body and has been continuing the same. Till date, he performed the last rites of 250 abandoned bodies. Attracted by his service motive, his wife married him five years ago. She now works as a contract lecturer in a government college

Something’s not necessarily better than nothing | Local News

Marion churches team up to help those in need for Thanksgiving