I feel such a sense of deep dismay and disappointment as I scroll on Facebook and see some of the individuals I looked up to as a young born-again Christian not merely showing themselves to be more conservative than I am, but to be completely committed to toeing a partisan political stance and living in a world of utter delusion.

For a while I inhabited a world that we shared that envisaged everyday interactions infused with the excitement and intrigue of Frank Peretti novels. It might just be a Muslim with a book stall on a New York City street, but their demons and my angels would be going head to head.

Meeting others who clearly had a deep faith but lacked the Pentecostal trappings shifted me out of that approach. But nothing has quite clinched my conviction that that framework was a deeply misguided flight of the imagination, and that the Christianity that proved quite adept at facilitating a new birth is completely inept at fostering spiritual growth and maturity, the way social media has, as I’ve seen the people that I once thought were spiritual giants living in a world of delusion in which Joe Biden, with a clearer margin of victory than Trump had over Clinton four years ago, is treated as having a doubtful status and it being inappropriate to call him the president-elect, while those same people were congratulating Trump and celebrating his victory at the same point four years ago.

The hypocrisy is visible to everyone else, but seemingly not to them. At one point I was so certain that individuals like these past friends of mine were concerned above all else with saving souls. If I could still believe that I would appreciate their sincerity even if I felt it misguided. But they clearly have no qualms about ruining the reputation of the Christian faith for at least a generation.

For those who are living in a fantasy, I am saddened that no appeal to evidence seems acceptable to you. You show no interest in practicing discernment, no commitment to truth. Even the Department of Homeland Security’s branch focused on cybersecurity is convinced that this election was undertaken soundly. Republican politicians have acknowledged that Joe Biden has won with a sufficient margin that even if there were errors or even fraud it would not change the outcome. To be clear, no evidence of widespread fraud has yet come to light with actual evidence, despite what you may have heard. There are in any human undertaking errors and some deceit, but nothing that would change the lead of tens of thousands of votes Biden has in more than one state, from which Trump would need to win them all in order to be the next president. There is nothing but claims without evidence and viral videos that mislead rather than inform to suggest otherwise. Given that Biden is someone who cares deeply about righteousness and ethics, and a person of deep piety even if he hasn’t made an idol of the single issue you’ve chosen to rally around at the expense of everything else that the Bible, Christian tradition, and common sense teach you, refusal to acknowledge him as the winner of a democratic election just makes you look ridiculous. And even though I once held you in great esteem and respected you, I can live with you making a fool of yourself. But there are plenty of people around you who think of you as an exemplar of what it means to be a Christian, as I once did. You’ve not merely let them down, you’ve deliberately chosen to push them away from Jesus in order to draw yourself closer to Trump. It is blasphemous and sinful, and I hope that one day you will repent. Nothing in your behavior and your social media posts thus far suggests that will happen anytime soon. But I will hope and pray for it. Until then, all I can do is be a Christian voice for truth and reason that does whatever little I can to lessen the damage that you’re doing to the reputation of Jesus, the gospel, and Christian faith.

Before concluding let me mention a quote that I am still trying to trace the source of, which described the view of spiritual warfare in Pentecostalism and other conservative Evangelical circles as a slightly Christianized version of “He-Man vs. Skeletor.”

And having mentioned a past post which talks about the “seven spirits of God” in Revelation, which presumably means the seven “archangels,” I want to add that somehow I had failed to register the similar view in 1 Timothy 5:21 that mentions God, Christ, and the elect angels. 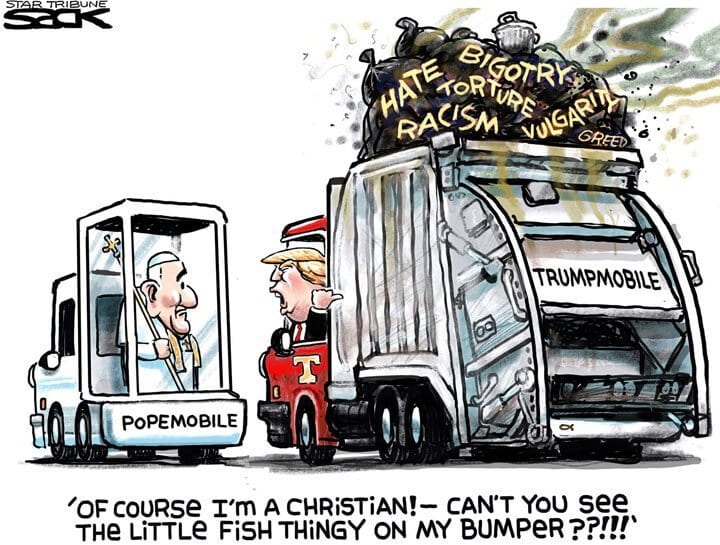 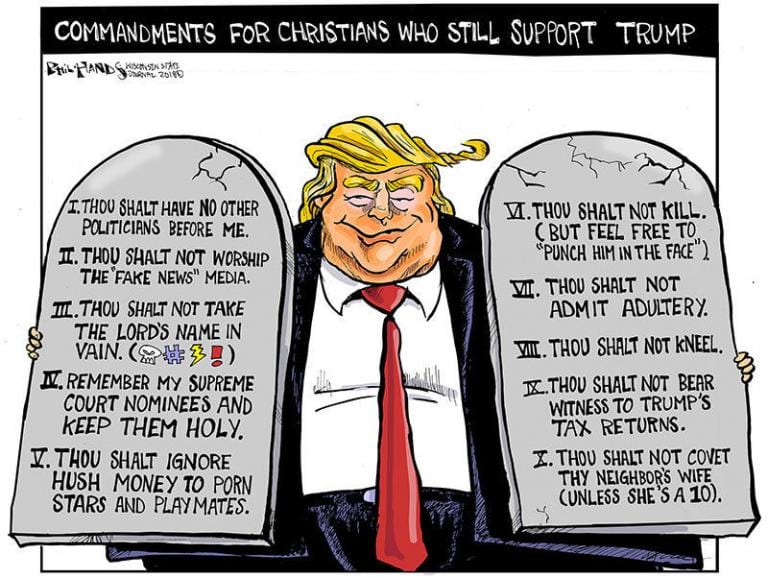 Texas Pastor: Any Christian Who Voted for Democrats “Made a Covenant with Death”

Evangelical Pastor Spreads Election Lies: “No One is President-Elect”

On politics, partisanship, and Christianity

Shane Claiborne: “The 2020 election was a referendum on race and Christian faith

Are the foundations of American democracy crumbling?

Chesapeake tree canopy coverage has been on the decline. The city wants to improve.