Caught between creeds in “Transcendent Kingdom”


“Transcendent Kingdom” (Penguin Random House, $27.95), the second novel by young author Yaa Gyasi, is a praiseworthy work of fiction. In fewer than 300 pages, it tells a captivating story of immigration, persecution, addiction, heartbreak, and depression. Yet, for all its heavy content, the narrative never becomes melancholic or morose.

The book, which quickly reached The New York Times bestseller list after its Sept. 1 release, describes itself as “a novel about faith, science, religion, love.” Of these, faith — particularly of the evangelical Protestant kind — is the theme that gets the most profound treatment.

The plot of “Transcendent Kingdom” unfolds in the form of a cleverly disguised vignette. The novel is set in the span of a few weeks in which narrator Gifty hosts her mother, a devout evangelical and beaten-down immigrant from Ghana caught in the throes of depression. 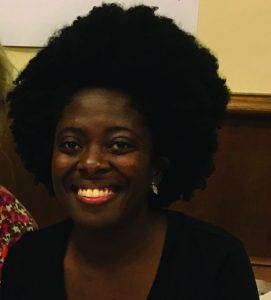 The backstory, told through frequent flashbacks in between, helps us understand the relationship between these two characters during this span of time together.

Though the story is told from Gifty’s perspective, the reader soon discovers that this novel is more about her mother than herself. We learn how this now elderly woman came to Alabama from Ghana; how she lost her husband and her son; how she struggled against the Americanization of her children while coping with the loneliness of an immigrant separated from her roots.

We are told how her evangelical faith and Christian community were both a vanguard and a stumbling block for her relationship with her daughter.

For Gifty, the evangelical faith cannot be removed from the person of her mother.

“I had prayed my prayers, written my journal entries, and heard only the faintest whisper of Christ,” says the narrator of her initial hesitation of evangelical altar calls. “And that whisper was one I distrusted, because maybe it was the whisper of my mother or of my own desperate need to be good, to please.”

Even Gifty’s childhood nickname for her mother — the Black Mamba — captures some of the irony embodied by the woman. Gifty’s mother is described as the epitome of maternal ferocity, and yet she is introduced and known by the audience as the frail and meek inhabitant of a bed, kept there almost perpetually by crippling depression.

A talented young student, Gifty is finally able to escape the constraints of her mother’s religiosity by pursuing a Harvard education in neuroscience. But even while living in what seems like the antithesis of her Alabama evangelical community of her childhood, Gifty continues to be haunted by her mother’s faith.

“And, though I hadn’t worked out how I felt about the Christianity of my childhood,” thinks Gifty, as her classmates ridicule people of faith before her, “I did know how I felt about my mother. Her devotion, her faith, they moved me. I was protective of her right to find comfort in whatever way she saw fit. Didn’t she deserve at least that much?”

Bothered by the seeming intolerance of her Ivy League classmates, Gifty finds herself alone, neither accepted by her evangelical community, nor always comfortable with the scientistic philosophy shared by her fellow neurobiologists. She is, in a certain sense, an immigrant like her mother was, caught not between two countries, but two radically opposed creeds. 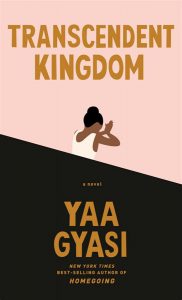 As the dust jacket promises, there is a scientific slant to the novel, but its argument is weak and hackneyed: that science provides the how of life, whereas God provides the why. But the God presented in the mind of Gifty the narrator lacks the substance to answer the question that corresponds to him. He certainly seems much too flat, too aloof to be the convincing companion that the Black Mamba finds him to be.

In addition to the lessons of faith taught through the Black Mamba and the God-versus-science hypothesis, “Transcendent Kingdom” skillfully depicts the slow descent of addiction and the stark change that illness causes. It falters, however, on the many other themes that are stuffed into the story.

The most powerful lines and anecdotes in the book address the reality of racism (both in and out of the Church), but they are disjointed from the book’s narrative. And though there are vivid scenes that brilliantly illustrate the depths of Black Mamba’s lethargy and depression, as a whole the book seems to avoid exploring the causes and effects of prolonged depression.

In “Transcendent Kingdom,” Gyasi could be accused of being overly ambitious. She leaves most characters undeveloped and two of the central themes, depression and racism, unresolved. The epilogue spoils an abrupt ending with an even more abrupt time leap, building up relationships between characters that could barely be seen at a second glance through the plot. Taken together, these shortcomings leave the novel feeling somewhat unfinished.

Despite these imperfections, Gyasi’s skill as a storyteller shines through her prose, and her handling of faith and family make this book both important and enjoyable to read. And the knowledge that “Transcendent Kingdom” is only the second novel in what will hopefully be a long career in fiction lends much promise — Yaa Gyasi will be a name to follow.

Sisters bring inclusive education to children with and without disabilities

Sisters bring inclusive education to children with and without disabilities

Columbus church’s name invokes the end of the world

Here is another Impressive Review of Western Branch Chiropractic in Chesapeake

Western Branch Chiropractic in Chesapeake gets another Five Star Review