Mumbai: As superstar is all set to celebrate his 55th birthday on November 2, his biggest fan club has come up with a string of charity events to mark the day.

“Today, we have everything in abundance, by God’s grace. But there are people out there, who do not have access even to the basic comforts of life. To help them, we have started an initiative called ‘Helping Hands’ wherein anybody and everybody is free to donate whatever they wish to, to the people who actually need them. It can be anything from clothes to electronic gadgets,” Yash Paryani, co-founder of SRKUniverse told
Mirror Online.

He added that just like the entire world has gone virtual owing to the pandemic, their initiative too will operate on a virtual platform. “All of this give and take of goods will happen over social media, keeping in mind the protocols. We do not want people to unnecessarily step out of their house only because of us. Fans can put up things for donation online by tagging our social media accounts,” he added.

The fans do not stop here. Paryani informed that the fan club has also decided to provide 5,555 COVID-19 kits to the ones who cannot afford it. “We have chosen the number because 555 is SRK’s lucky number, and we wanted to do it for as many people as we can. One COVID kit will comprise of a mask and a sanitiser among other things which have now become basic necessities. There are many people out there who cannot afford or do not have access to these things. We would reach out to these people and help them by doing whatever little we can,” he said. 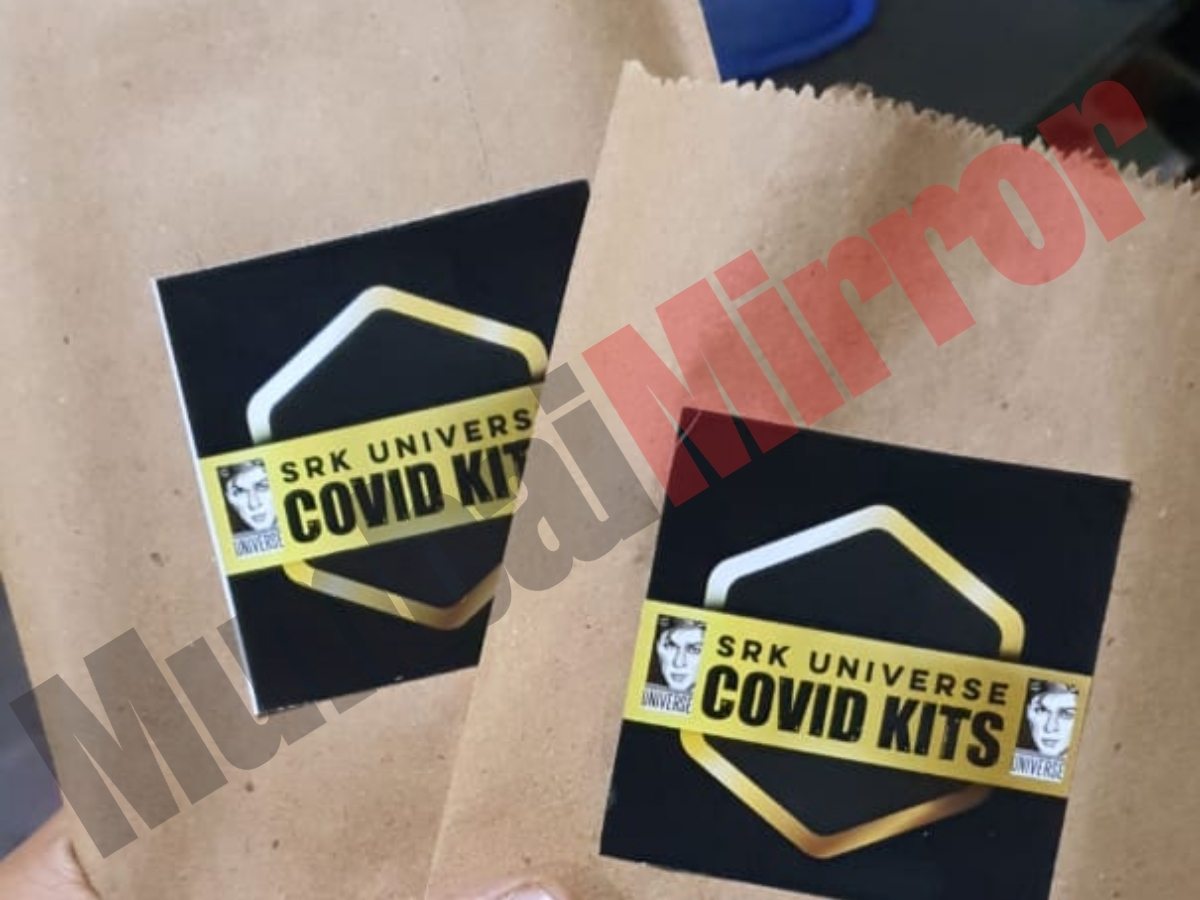 Members of SRKUniverse will also be providing free meals to 5,555 people to celebrate their idol’s birthday.

Besides the charity events, SRKUniverse has decided to convey an important message to the fans all around the world through his birthday cake as well. Over the years, the fan club has come up with innovative birthday cakes, and this time, it has been designed keeping in mind the pandemic situation. “This year, our cake has been designed like a globe with SRK’s model striking his signature pose on top of it. The phrase ‘Sab sahi ho jayega’ runs across the globe, given that SRK had performed this song in an online concert a few months ago to give people hope in these trying times,” Paryani shared. Incidentally, during the lockdown, Shah Rukh too had provided PPE kits to doctors and had taken it upon himself to feed the needy. He had also donated certain amounts to the PM CARES fund and the Chief Minister’s relief fund and has offered his personal office space to the BMC to convert it into a COVID-19 care centre, complete with all the necessary equipment and facilities.

The King of Bollywood, who is currently in Dubai for the Indian Premier League (IPL) matches, will be missed outside his palatial residence this year. The actor himself has requested his fans not to gather in crowds and maintain social distancing, by quipping, “Iss baar ka pyaar, thoda door se yaar.”

In Photos: A different birthday outside Shah Rukh Khan’s Mannat

Shah Rukh Khan, the king of Bollywood, will turn 54 on November 2 (Monday). While his birthday is nothing short of a festival for his fans every year, this year, due to the COVID-19 pandemic, they would not be allowed to gather outside his palatial abode Mannat to wish the superstar. It will be the first time after several years that fans will miss getting a glimpse of the actor spreading his arms and expressing his gratitude to all those who gather outside his house to be a part of his special day.

A different scene outside Mannat

Every year, thousands of fans come together outside Mannat with gifts, cakes, posters and all sorts of things for their beloved star. Such is the craze that fans start assembling at the spot from the previous night itself and pull off all-nighters outside the gates of his residence, enjoying the cool breeze alongside the Bandra Bandstand. Special police and traffic arrangements have to be made on November 2 as an unfathomable crowd gathers at the place for just one glimpse of SRK

SRK to celebrate birthday in Dubai

Shah Rukh himself will not be celebrating his birthday in Mumbai this year. Instead, he will spend the day with his wife Gauri Khan and kids Aryan, Suhana and AbRam in the UAE. The actor is currently in Dubai to support his cricket franchise Kolkata Knight Riders (KKR) in the ongoing edition of the Indian Premier League. He is often spotted at the stadium, cheering religiously for his team from the stands, adding that extra boost of motivation which they need.

This year, Shah Rukh also has a special request for his fans. During a recent #AskSRK session, a netizen asked him about his birthday plans and said that the police would not allow them to visit Mannat this year. Replying to that, SRK requested everyone to not crowd in the area. “Please I recommend nobody should collect in crowds. My birthday or wherever,” he said. Giving a filmy touch to his request, the actor added, “Iss baar ka pyaar…thoda door se yaar”.

While fans, or as they call themselves — SRKians, will surely miss catching up with their favourite star this year, it does not mean that they will not be celebrating his birthday. Fanclubs of the actor have come together to throw virtual parties for SRK and some of them have even planned online screenings of his films.

Why this race likely comes down to Arizona and Pennsylvania

S’porean’s love affair with volunteer work started when she first visited a community centre for its TV – Mothership.SG